Why do pilots say roger that? 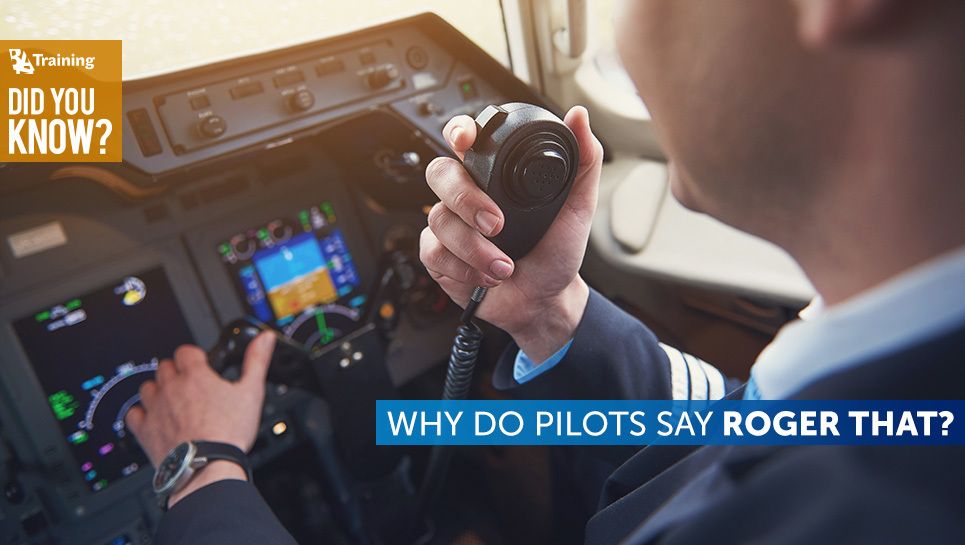 Pilots use the phrase “Roger that” when they are in the air. Have you ever thought who the Roger is and why his name appears in the conversations between pilots?

The reason goes back to the very first flights.

The first plane flight by Wright brothers dates back to 1903. Then they used flares, hand signals and coloured paddles to communicate while the plane was in the air as there was no such thing as radio communication.

The aviation technologies developed and pilots started to use the Morse code to communicate in approximately 1915 when air-to-ground voice transmission became possible. Back then they confirmed that the message was received by signaling the letter R in the Morse code.

Later the communication switched to radio and pilots continued using the letter “R”, but started to use the word “roger” to mean received. Why “roger”? As not all pilots could speak English back then, the International Telegraph Union back in 1927 decided that “Roger” would be an easier command than “received”.

ROGER stands for Received Order Given, Expect Results. This phrase does not mean the agreement but just the signal that the entire message was received.

Following several air traffic accidents, the International Civil Aviation Organization (ICAO) suggested English should be the international language of aviation. Therefore, all pilots and air traffic controllers must have at least ICAO Level 4 of The English Language.

Moreover, in aviation, some English words have some special meanings that are different from the standard English. If you want to understand the secret pilot language, you must learn the international phonetic alphabet. Moreover, there is a list of words with special meaning on flights. For example, “Roger” meaning “received”; “affirm” meaning “yes”; “approach” meaning “coming to land”, etc.

The language of aviation is changing and nowadays following the current spelling alphabet pilots use “Romeo” instead of “Roger”.

← Prev: Why Are You Not Allowed to Walk Under the Wings of an Aircraft? Next: Flying Big: To Be a Wide-Body Aircraft Pilot or Not? →