Flying Big: To Be a Wide-Body Aircraft Pilot or Not? 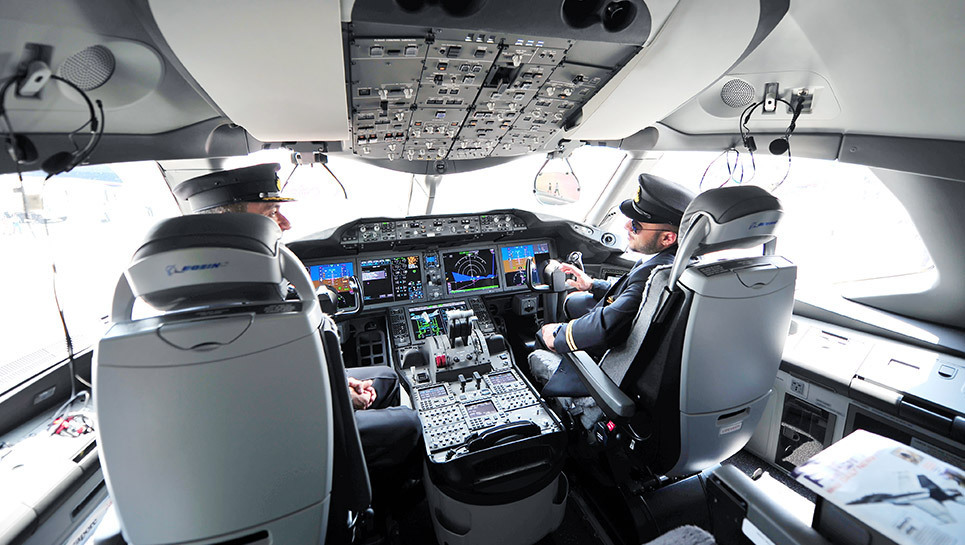 Enormous wide-body aircraft take everyone’s attention at the airport. Even pilots are impressed by their size. The majority of them have been dreaming of becoming captains of the wide-body aircraft since they started studying at aviation academy or even before that.

International Air Transport Association (IATA) forecasts 4.2% of annual passenger growth and a market of 4.8 billion air passengers by 2027. This means that in ten years’ time air travel will be transporting 1.6 billion passengers more than today.

Boeing forecast states that the wide-body aircraft segment shows a strong growth. This segment calls for 8,070 new aircraft, valued at around 2,480 billion dollars, over the next two decades. This is due to the large wave of replacements from the likes of the Boeing 787 Dreamliner and 777X to expand global networks. To meet the expected rise in passenger numbers, airlines are already expanding their fleets. For example, Turkish Airlines announced the purchase of 60 wide-body planes from both Airbus and Boeing last year. Even though the wide-body delivery numbers are smaller compared to those of narrow-body, still this is the golden time for those who are planning a career in aviation. Airbus predicts that in 10 years’ time the demand for the long-haul passenger aircraft will rise 1,5 times.

According to aviation safety regulations in order to operate one narrow-body aircraft 10-12 pilots are needed, while for the wide-body aircraft airlines must have at least 16. The growing demand for pilots (wide-body included) appears not only because of the growing worldwide fleet, but also due to pilot retirement.

For those of you who are dreaming of sitting in the cockpit of the wide-body the experience is vital. The biggest difference between the requirements for a long-haul and short-haul pilot is the number of flight hours in the log book. Important for both: the hours on a certain aircraft type and the number of the total flight hours. The numbers may vary depending on different expectations of airlines, but usually a captain needs at least 1,500-2,000 hours of flight experience on a certain type of aircraft while the first officer needs a minimum of 500 hours. The figure of total flight hours is also an important indicator of your qualification – a captain is required to have at least 3,500-5,000 hours while the first officer needs to have logged 1,500-3,000 hours. An ability to operate a wide-body means a greater pilot experience as well as responsibility, therefore, long-haul pilots are paid more.

The essential skills for the pilot are the teamwork skills: the bigger the aircraft is the larger crew will be working together. Pilots communicate much more than with the crew members – they communicate with flight dispatchers, ground handling staff, and passengers. Communication is important not only in terms of language proficiency, but in communication efficiency as well. “An ability to efficiently communicate between the crew members sharing the responsibilities, understanding and overcoming cultural barriers is vital for a successful pilot performance”, says captain Gianluca Martini.

Every flight comprises of standard phases: departure, cruise, arrival. The phases of a short-haul flight on a narrow-body aircraft take less time. Wide-body jets (typically 220-plus seats) can fly more than 15 hours non-stop. Therefore, they are primarily used for longer range non-stop domestic and intercontinental routes. A long-haul flight takes 8-11 hours and its phases are long, so more than one regular crew is required in the cockpit.

When there is an 8-11-hour flight, airlines add only one new crew element which usually is the second first officer. During these flights, only the first officers swap and the captain stays in control for the whole flight.

Short-haul flights are shorter and the process is quicker compared to long-haul flights. Typically, newly-qualified pilots carry out short-haul operations at the start of their career simply to give them more exposure to the operation. The timing is important for this type of flights since all the procedures happen quickly over a short period of time. The timing is absolutely different on a long-haul flight, where every process takes more time: the flight planning takes around 2 hours, the aircraft boarding is longer, the destination is 2-3 times further.

Long-haul flights are longer, so the aviation safety requirements for them are different. Airlines planning the pilot flight schedule follow these and long-haul pilots generally get more days off per month due to restrictions on days off after duty.

Long-haul pilots will generally get more days off per month simply due to restrictions on days off after duty. Under EASA regulations some destinations that have large time differences will require 4 local nights back at the home base to readjust time zones before you can report for duty again.

One more advantage of flying short-haul is that of becoming familiar with destination airports very quickly as a pilot is scheduled to fly to different destinations twice per day. Working in the short-haul flight sector pilots implement more take-off and landing operations but long-haul pilots make more flight hours per one flight.

Both types have pros and cons but being able to fly on both is a great experience. Pilots who have both narrow-body and wide-body type rating qualifications can switch and perform both short-haul and long-haul flights. The operation timing in both type flights is different. Switching from long-haul to short-haul and vice versus is useful for pilots as they go through different types of operations of these flights.