Why Are You Not Allowed to Walk Under the Wings of an Aircraft? 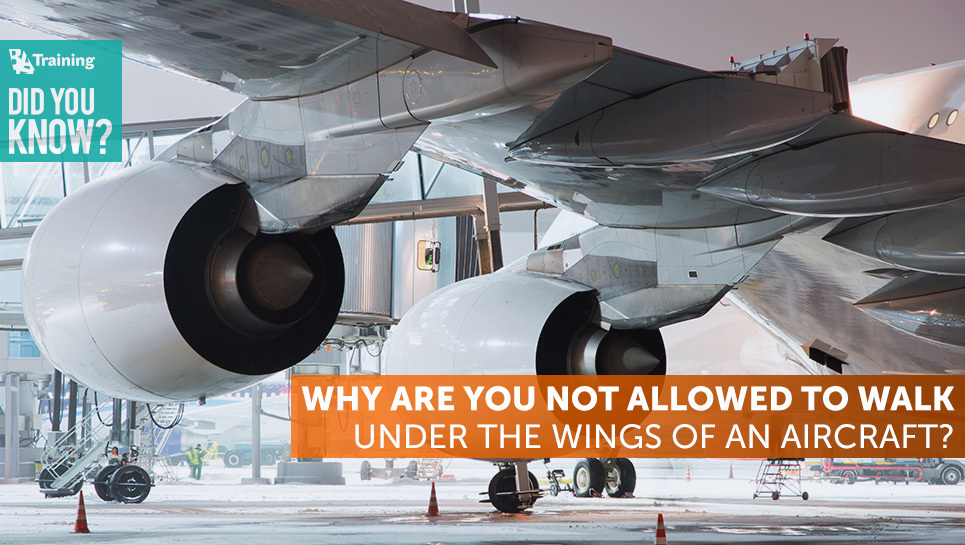 Like almost all things in aviation, this is a question of safety too. Everyone working around the aircraft receives safety training on when, where, and how to approach an aircraft. This restriction is related to several safety issues. Let’s talk about them.

All aircraft are designed to withstand the forces acting against when flying. This is why some aircraft wings are built really low. No airline would like you to hit your head on any part of the wing.

Another safety reason is related to engines. It is the most dangerous part of the plane and the most expensive one to repair if someone puts anything near the intake. Moreover, if you’re not careful enough, you may get soaked in into the engine. Unfortunately, that has happened several times. Also, once the plane has landed, the engine is still hot, so if you walk too close, you may get burned.

While you are boarding, the ground handling team are working on aircraft preparation for your flight. The team are loading the luggage and filling the aircraft with fuel. A number of risks are involved when the plane is refueling. The aircraft fuel tanks are located in the wings, so you’re not allowed to walk under them in case of fuel leakage. You don’t want to get anywhere near flammable stuff unprotected.

All in all, it is a safety thing. Saving three seconds by not walking around the wing is just not worth the risk. McDonald’s was sued for not warning their customer that their hot drink was hot. The airlines just don’t want to repeat that same mistake.

← Prev: Did You Know What that Tiny Hole in the Airplane Window Does? Next: Why do pilots say roger that? →