Vietnam aviation in 2019 and the outlook for the future 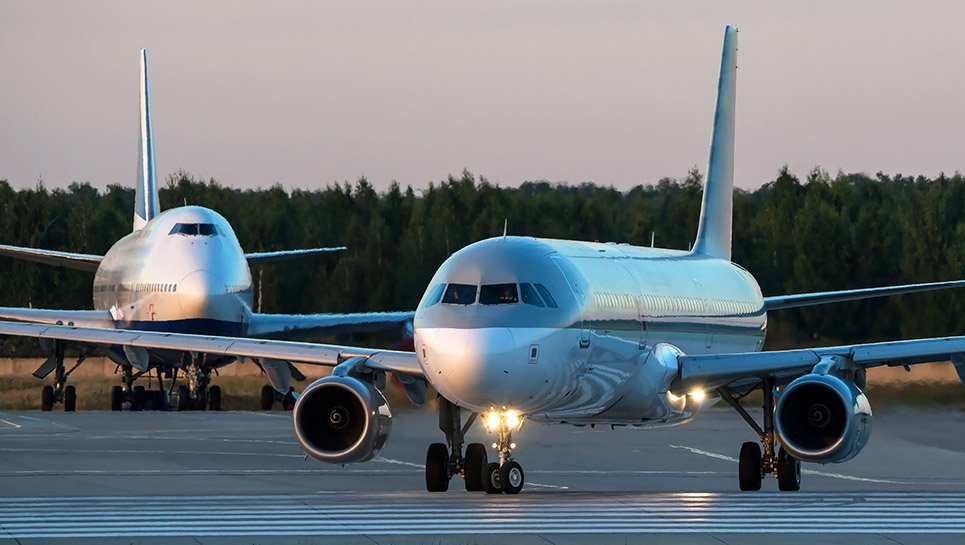 Indisputably one of the fastest-growing aviation markets in the world, Vietnam, is not going to stop its growth in 2020. It is projected that in 2020 Vietnamese local airlines will expand, new ones will launch and, as a result, the market will face an enormous deficit of qualified pilots. Let’s take a look back at how 2019 was for the aviation industry in Vietnam and what to expect in the upcoming years.

Over the last few years the aviation industry of Vietnam, which has a population of 96 million people, has witnessed massive growth. Over 100 million visitors came to explore Vietnam in 2019 alone. The Vietnamese government believes that the numbers will keep growing and by 2025 it is expected to serve more than 160 million visitors, both foreign and domestic.

What does that mean for the Vietnamese aviation sector? Undoubtedly, further growth and development. Aviation experts say that the aviation industry of Vietnam (including international traffic) has increased almost 3 fold, in terms of scale.

According to IATA, Vietnam is one of the 5 airway markets with the largest increase in passenger volume after China, the US, India and Indonesia. And it is expected to grow even further.

The International Air Transport Association estimates that in 2020 passenger transportation in Vietnam is going to rise by 16 percent, and between 2020 to 2030, the growth in the sector is forecast to grow by 8 percent per year. Within the next few years Vietnam is expected to have 23 airports, with an annual traffic figure of 144 million passengers.

It is also estimated that cargo transportation will increase by 12 percent between 2020 and 2030. This growth, including both civil and cargo operations, will make Vietnam the world’s fifth fastest-growing aviation market by 2035.

The Civil Aviation Administration of Vietnam reports that Vietnamese airlines currently operate 170 aircraft and that the government plans that by 2020 the number of aircraft in the country will grow to more than 220 and will again increase to 400 by 2030.

There is more room for competition

The International Air Transport Association estimates that Vietnam will need at least 10 additional new airlines to meet the constantly growing demand. Is there any room for competition in the country’s aviation industry, you might ask? Experts unanimously say, “Yes, definitely.”

How is it going for the latest addition, Bamboo Airways, in the Vietnamese civil aviation market? A start-up, privately owned airline, which started flying in January 2019, should be happy with their last year’s impressive results. The company is actively working on launching new airline services and has the highest passenger load factor in the region, with an impressive 90%.

Moreover, Bamboo Airways has already announced plans to begin direct flights to the US and the Vietnamese government has already approved of the young yet ambitious company’s growth to 30 aircraft by 2023.

Another local company, Vietjet, is investing in an order of almost 5 times the number of its current fleet from Boeing and Airbus. 325 new aircraft on order marks an almost 700% increase in the airline’s fleet size.

More local airlines are set to be launched in 2020

It is already known that 2 more airlines have expressed their plans to launch in Vietnam this year. It is predicted that if all three start-ups: Vietravel and KiteAir enter the market, at least 200 more new pilots are going to be in demand.

The Civil Aviation Authority of Vietnam believes that these new airlines will help diversify the market, boost competitiveness and give passengers more options. However, the lack of qualified local pilots is going to remain as one of the biggest challenges in the Vietnamese aviation industry in 2020 as well as in the upcoming years as well.

The growth of tourism and ambitious airlines will certainly deepen the already existing problem – the country’s shortage of flight safety officers, technicians, and especially, well-trained pilots.

Last year it was announced that the Civil Aviation Authority of Vietnam might have to limit fleet expansion among domestic airlines due to the lack of flight safety officers.

The shortage of pilots is already a major factor in restraining the growth of the region’s airlines. For example, Vietnam Airlines has been limiting operations of its wide-body Boeing 787 due to the lack of pilots, the carrier’s Deputy General Director Le Hong Ha announced.

Currently around 70% of pilots working in Vietnam’s airlines are foreigners, mostly from Australia, the United States and European countries. In order to meet the growing demand of professional pilots, the country’s aviation industry will have to find new ways to find the qualified pilots it needs.

One of the ways to achieve this is to create new training centres which are capable of fulfilling local aviation training needs. Vytautas Jankauskas, the Managing Director at BAA Training Vietnam, which was launched in 2018 as a response to growing pilot demand in Vietnam and the Asia-Pacific region, says that the demand for such centres is huge.

The results from last year speak for themselves. Within three months of starting operations, BAA Training Vietnam used 90% of hours of its first Airbus A320 full flight simulator providing wet and dry lease services for such airlines like Bamboo Airways, VietJet, and others.

With its first simulator of four planned, BAA Training Vietnam made available the possibility to give the airlines extra capacity for their pilot training and an opportunity for the local self-sponsored pilots to gain Airbus A320 type rating qualifications and start their airline careers. Being the first and the only independent aviation training centre in Vietnam, in this short space of time the academy has already prepared 34 pilots for Airbus A320 aircraft type qualification.

“Our mission is to prepare qualified pilots who are able to meet the industry needs locally. The pilot profession is prestigious all over the world and Vietnam is no exception. The fact that pilots are well-paid is also an important factor. The average monthly salary in Vietnam is only around 150 US dollars. To compare, new pilots can earn around 6,000 US dollars per month. So, even though the training is expensive, within 3-4 years the investment really pays off,” says the Managing Director of BAA Training Vietnam.

So, it is fair to say that the future is bright and shiny for new pilots flying both Airbus A320 and Boeing 737 aircraft (the most popular planes in the region) in Vietnam. The career path for them may be smoother and more promising than ever before.

← Prev: Did You Know Why A320-family is the Bestselling Narrow-body Aircraft? Next: BAA Training Vietnam Introduces Second A320 FFS →