Why Hard Plane Landing in Bad Weather is Intentional? 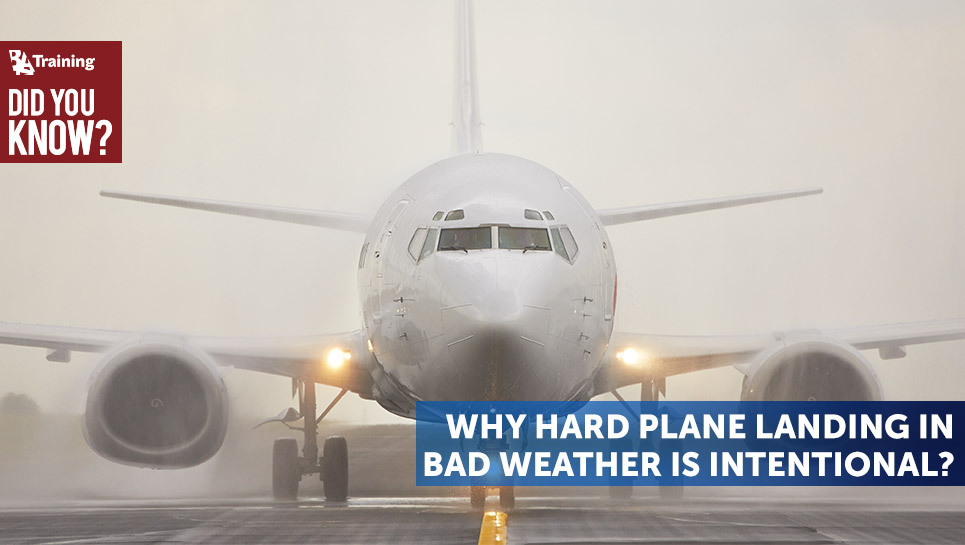 The concept usually consists of a calm and easy departure and landing as well. However, a successful landing does not depend on how smooth the touchdown was. In bad weather conditions, passengers of the plane might experience a hard landing, which does not mean that the pilot has fewer skills or is less experienced. It‘s actually done deliberately to make sure that the plane reaches the ground safely. If the pilot has to land the aircraft while it is pouring with rain, get ready for a bumpy landing.

The reason behind it is quite simple actually. A plane has a limited amount of runway zone where to land. Naturally, due to bad weather, the plane needs a longer landing zone, but as it‘s not always possible the pilot has two options: either to hit the ground harder or to get the plane to come to a halt roughly at the end of the landing runway. It is proven that the second option – the abrupt stop – is much more unpleasant for the passengers to experience than the hard landing.

So the next time you experience a hard landing, don‘t get irritated and appreciate the efforts of the flight crew to make sure your flight was as safe and enjoyable as possible.

← Prev: How to Responsibly Use Social Media if You Are a Pilot? Next: Why Are Aircraft Windows Round? →