Women In the Pilot Cockpit 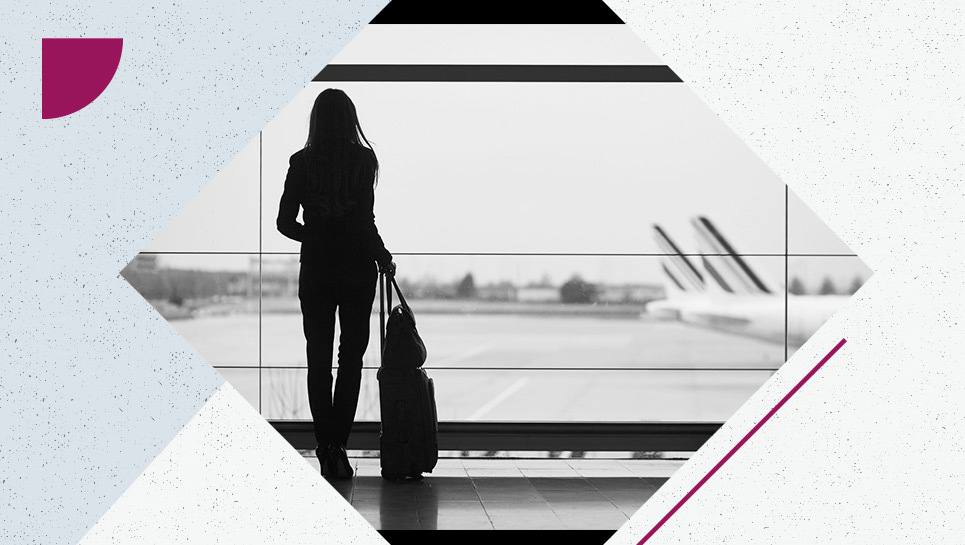 Women are confidently stepping into a cockpit. However, this is not a Hollywood film scene. Female pilots are breaking the stereotype that a pilot profession is an exclusively male one.

According to the statistics, female pilots only amount to slightly over 5 per cent of the total number of pilots. Nowadays, airlines are facing a pressuring issue of a pilot shortage; therefore, they are encouraging gender equality, initiating programs, establishing scholarships and employing various motivation techniques to attract more women to choose this profession. Therefore, today’s aviation market tendencies are favourable to women who are considering pursuing to become a pilot.

‘BAA Training’ students – Dagne Dainauskaite, Iva Matic, Kairi Onno and Alexandra Moraru – are here to tell you about their unconventional choice of a profession.

Dagne has been interested in aviation since she was a child. She used to attend an aviation camp in summer. She always knew she wanted a profession in a technical area, as well as she could not imagine herself anywhere else than aviation. According to Dagne, a pilot’s profession is unique – it comes with a lot of responsibility and provides limitless possibilities and a changing work environment.

After she found to be accepted by aviation school, she quit her studies of aviation mechanics and engineering at a university. While studying, she was working for a ground handling company at Vilnius airport as a ramp agent.

Aviation and piloting often seem to be unattainable, unrealistic. ‘In my opinion, girls choose this profession less often due to a prevailing tendency to think of professions as suitable to male or female, and a pilot’s profession considered to be a male one. I am glad it is only a myth and I have never met a colleague who would have any superstitions against female pilots’, says Dagne.

According to the future pilot, both girls and boys should get to know aviation better. She recommends visiting an aerodrome, touching a plane, experiencing a flight not only in the role of a passenger but also trying to fly a small aircraft. Dagne is certain that this experience makes an impression and could encourage one to start pursuing a career in aviation. If you are a girl, who is passionate about aviation but you are doubtful whether or not to choose a profession in this area, Dagne is encouraging you not to be afraid and take a bold step towards a pilot’s career.

Kairi Onno: this is a technical job in an office with the most picturesque view out of the window

Kairi Onno is a pilot from Estonia. After completing ATPL course, she got her Commercial Pilot Licence and she is doing a Type Rating course at the moment. After having completed this course, she will be able to fly Airbus A320 type aircraft. Kairi had a well-paid job and had been working as a computer engineer for ten years until she decided to switch to aviation.

‘As a child, I used to watch planes in the sky, but I never thought I could pilot one of them one day. I was over 30 years old and had a well-paid job. One day during my lunch break I was surfing the Internet when I came across an advertisement about a selection process for pilot studies. It was quite a coincidence that my holiday period was approaching, so I had some free time and decided to give it a try. I succeeded. I got an opportunity and I embraced it‘.

Kairi told that it’s been 2 years and a half since the assessment day and sometimes she still asks herself whether she will be capable of achieving the goal. However, when she gets into the cockpit, she is confident and knows that the only way is the way forward and then everything goes to plan.

Kairi says there are two main reasons why girls either do not choose a profession of a pilot or choose it very rarely. First, it’s all about the job image. Since it is a technical profession, it is assumed that to be more suitable for men and there is no room for women in the cockpit. When people see a female pilot, there is a chance they expect her to make a mistake, or to lack confidence and skill. Therefore, women need to make more of an effort to gain recognition. The second reason Kairi talks about is a myth that female pilots find it impossible to manage their family life and their career. She does agree that it is not a simple task to coordinate upbringing of children and flying to different places every day. However, this is not very different from what women of some other professions do when they work in shift or need to travel for business often. She believes that when you really want something, everything is possible.

‘Female pilots are as professional as male pilots. They are responsible and they are successful at pursuing their career in aviation. Thus, it is important to start changing the image of a pilot’s profession in the eye of the public. Women in the cockpit are not an extraordinary phenomenon’, says Kairi. Her advice to girls who hesitate whether to choose this profession or not is to have confidence in themselves: ‘People usually regret the things they have not tried, not the things they have tried. Even if they failed when trying. What is important is to give yourself an opportunity to take a step forward. If you do that, you start learning a lot of new things and gaining a lot of new experience’.

Iva Matikj is the first female helicopter pilot and the first female pilot in the Macedonian army. She describes a pilot’s profession as the most exciting, impressive and responsible job in the world.

Iva believes that the number of female pilots will overtake the number of male pilots in the nearest future. According to her, historically, girls were prepared to become housewives and the field of aviation was meant for men. However, the situation has changed, and women pursue careers in different areas, including aviation. The young woman expects the gender-difference-related myths and stereotypes to vanish, allowing more and more girls to choose a career path in aviation.

She confessed that she never wanted to have a static job in an office since she was an active child. She was fascinated by planes, space trips, even astrophysics – everything related to the sky and the freedom it can offer. As soon as she learnt about a pilot selection process in North Macedonia, she decided to participate in it. She succeeded and got her first job in the Macedonian army. This way, she started accumulating her pilot experience. ‘It did not take a lot of courage to choose this profession. However, motivation and determination are the key elements in this field,’ she comments.

‘Believe in yourself and what you are doing. The aircraft does not care whether you are a man or a woman. The key thing is you need to be good at controlling it’, says Iva.

Alexandra Moraru – to become a pilot is a conscious decision

Alexandra Moraru is a future pilot from Moldova. She has already completed the theory course of aviation training and now is doing her flight training at ‘BAA Training’ flight base in Spain. Being a pilot means being a human and at the same time being able to fly and experience the freedom only birds can experience.

Alexandra has been fascinated by aviation since her childhood. As a little girl, she was dreaming of becoming a pilot. She believes that only girls who have examples of pilots in their close environment go for a career in aviation. If there is no person who would support and encourage you to choose this field, a girl starts having a lot of doubts whether this is the right career path to pursue.

‘Unfortunately, in my family and close environment, there was nobody with experience of aviation to support and help me make this decision and prepare for intensive studies. However, my family support me since the first day I decided to become a pilot and motivate me to reach my dream’, comments Alexandra.

The student pilot is certain that this career path is not a spontaneous decision. If this is your dream and you are passionate about it, your passion will help you pursue it. Although some decisions might be made spontaneously, a pilot’s profession does not fall under this category – it is exceptional. This is a conscious decision to be taken. You need to have a calling to become a pilot. The woman gives advice: ‘Everyone chooses their own path and all of us need to cope with challenges on our way. What you need to remember is that it is possible to overcome those challenges – if the people before you managed to do it, you can do it as well’.

← Prev: BAA Training and L3Harris Technologies sign a multimillion-dollar deal Next: Recurrent Training and Checks: What Do You Know About It? →