What are Sterile Flight Deck Procedures? 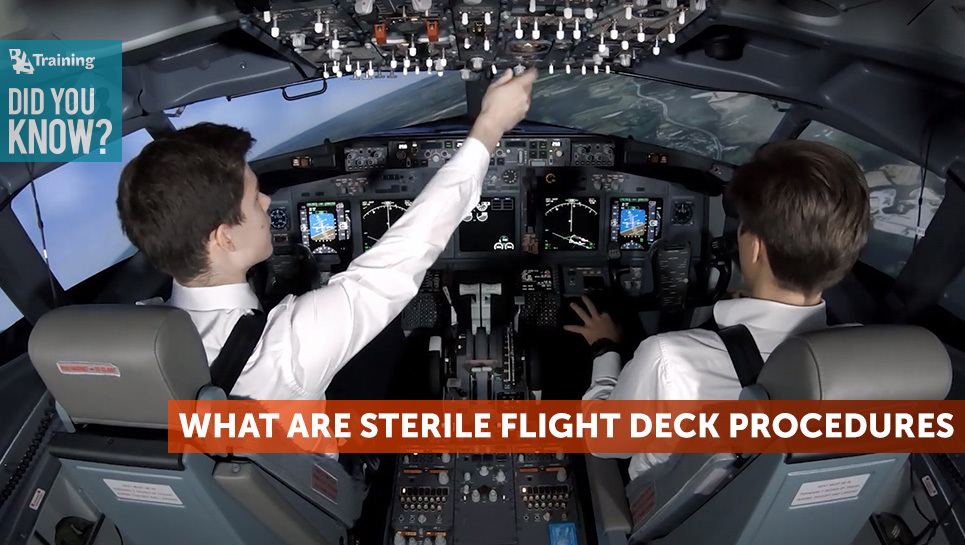 Every pilot follows a number of rules, procedures and regulations during their daily operations. One of the rules pilots follow several times during each flight is called the Sterile Flight Deck Procedures rule. Have you heard of this important rule?

The term Sterile Flight Deck Procedure rule describes a period of time when the flight crew members must not be disturbed by non-flight related matters. Then pilots must entirely focus on their essential operational activities and avoid any unrelated disturbances. They are even barely allowed to talk to each other. Pilots follow this rule during the attention-requiring procedures of taking-off, landing, taxiing or when the aircraft flies at the altitude below 10,000 feet (3,050 m). It means, all the cockpit pictures you have seen posted on social media were taken when the aircraft was flying on the cruise mode at the altitude of at least 10,000 feet and/or higher.

Most of the aviation regulations were created or updated following accidents. The Sterile Flight Deck Procedure is no exception – the rule was created in response to the crash of Eastern Air Lines flight 212 in Charlotte Douglas International, the USA, in 1974. One of the causes of this accident was that the pilots were distracted in attempt to visually spot the Carowinds Amusement Park tower while flying at a low altitude.

The Sterile Flight Deck Procedure was created in the USA and approved by FAA, later it was added to EASA regulations.

There is no rule without exceptions. When can the flight crew be disturbed in the previously mentioned cases? The flight attendants can break the silence in the cockpit in case of emergency. Japan Airlines listed the situations when their flight attendants need to contact the pilots at the altitude below 10,000 feet:

← Prev: Type Rating – the Holy Grail of Professional Pilot Next: Why do many pilot seats have sheepskin covers? →