FLY A HELICOPTER! Wait! Do You Know the History and a Future Forecast? 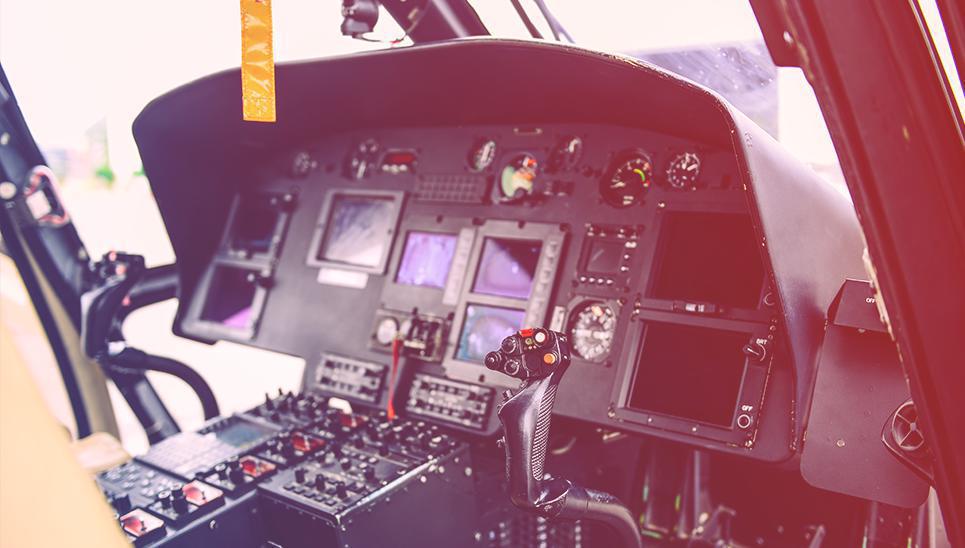 How much do we know about helicopters? Let us introduce you to a short history of a rotary wing aircraft and the place where it stands now together with the forecast for the future!

The original idea was that the flying machine would gain a lift from spiral aerofoils and its name helicopter is said to have come from two Greek words, helix and pteron – meaning spiral wing.

It is sad that 15th Century’s painter and inventor, Leonardo da Vinci, was the first one to draw a flying machine similar to a helicopter. Despite the fact that the design was never built, it inspired others to create a modern day helicopter.

The birth of an industry is thought to be the VS-300, which was not the very first invention but by no means was the world’s first practical helicopter designed by Igor Sikorsky and built by the Vought-Sikorsky Aircraft Division of the United Aircraft Corporation. It made its first flight on 14th September, 1939. The first free flight was almost a year later during which Sikorsky flew backwards, sideways, up and down and even spun around but did not fly forward due to engineering problems. Sikorsky pioneered the rotor design that is used in most of today’s helicopters. Moreover, the first mass-produced helicopter was Sikorsky R-4, used for the military.

Another notable inventor was Stanley Hiller who created 100% metal rotor blades. This new invention allowed pilots to fly at much faster speed. After this invention, Bell Aircraft built a two-blade rotor design for the Model 30, which earned the success due to its simplicity and ease of use. The model was later on developed into the Bell 47 and certified as the first helicopter for civilian use in the USA.

By no means, nowadays the helicopter has many operating characteristics that allow to use it for many different purposes. It is used for transportation of both people and cargo, widely in the military, constructions, firefighting, search and rescue in remote or hardly accessible areas, tourism, medical transportation, agriculture, news and media and aerial observation.

In order to fly any helicopter starting from the smallest models such as Robinson 22 or Guimbal Cabri G2, one would certainly need a pilot’s licence. A private pilot licence for rotary wings is available for those willing to fly for their own pleasure. If we take EASA standards training at BAA Training, the course consists of 10 theoretical subjects finalised with CAA exams and 47 hours of flights for the practical part. If one wants to fly it professionally, a commercial helicopter pilot’s licence is needed. Obviously more subjects and hours of flying are included into the course. Let’s take CPL(A) modular training as an example. It consists of 10 PPL(A) + 13 CPL(H) subjects and exams at CAA. Students have to conduct 190 hours of flying in order to acquire a commercial licence.

Mostly used helicopters for training are Robinson R22 or R44 due to cheap costs. Schweizer 300CBI was designed as a training machine, giving an advantage of being stable and “forgiving mishandling” for beginners. The recently developed Cuimbal Cabri G2 is reported as excellent for learning to fly.

Obviously, as aviation industry is on a rise, helicopters’ orders are growing as well. Ascend’s 10-year helicopters’ delivery forecast for 2017-2023 predicts orders of 11,650 new civil helicopters valued at $75 billion with nearly 38% being the replacement of the existing fleet. The growth of a current fleet is forecast to be 7,250 rotary-wings aircraft with 2.9% annual growth with North America, Asia Pacific and Europe being the regions with the biggest share, 34%, 24% and 19% respectively.

Honeywell 19th annual Turbine-powered, civilian helicopter purchase outlook: 2017-2021 notes the global delivery of 3,900 to 4.400 helicopters: with the forecast of planned usage mostly for General utility/other 31%, for corporate 27%, law enforcement 15%, for emergency/medical services 13%, for Oil&gas 13% and less than 1% for news and television.

As it is seen from the forecasts, helicopters will occupy a stable place in the aviation industry. Flexibility to land almost anywhere and operating characteristics allow the helicopter to be extremely useful in various industries. As a consequence, it gives an opportunity for pilots to choose the field they would like to work in as helicopter pilots.