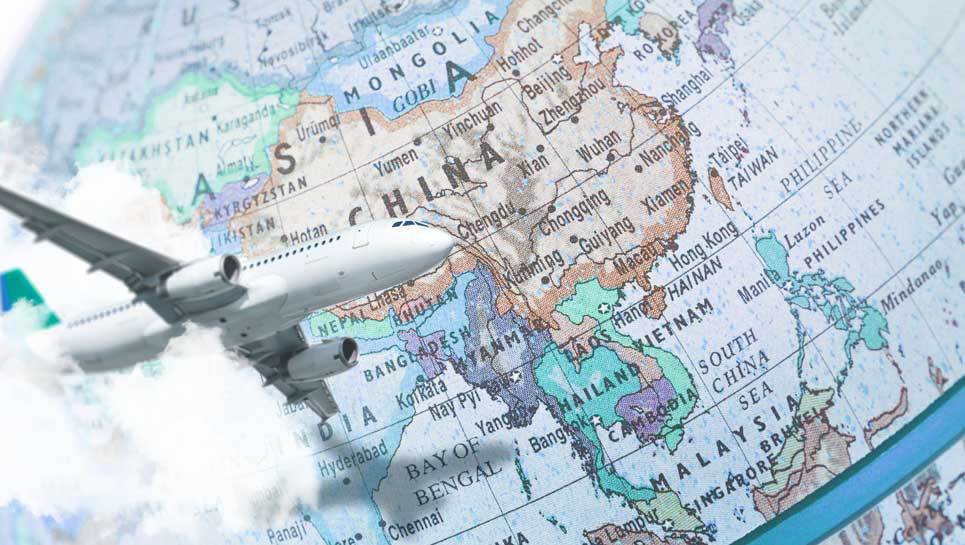 The Future of Pilots Resides in the Far East?

When making a decision whether to become a pilot or not, you might ask yourself a few questions: does the aviation industry need more pilots? Where do they need them the most? If so, what type rating should I choose?

As for the first question, the short answer is a definite yes. But let us go a little bit more into detail with this. You may have or may not have heard of the phrase that “the aviation market is booming”. And this is very much the case. CAE’s Airline Pilot Demand Outlook covers a 10-year period and predicts that 225,000 new pilots will be recruited across the industry. Another major market player Boeing in its Pilot Outlook claims that in the upcoming 20 years the world demand for pilots will be 637,000. That’s nearly three times more than the previously mentioned decade! Either way, the predictions are clear – pilot profession will, or we may say already is, in great demand.

Where does the demand come from?

Mainly, based on CAE’s Airline Pilot Demand Outlook estimations, the numbers of travellers are expected to reach 4.8 billion by the end of 2027 – that is 1.6 billion more than today. And Boeing’s Pilot Outlook claims that by the year 2036 the number will reach 10.2 billion – that is more than a double. Hence, we will inevitably experience aircraft fleet growth as to meet the rise of the passenger numbers. Therefore, out of the estimated new pilots’ number, around 60% will be needed to meet the growth in fleet. What about the other 40%? To offset retirement numbers. According to CAE’s predictions, during the 10-year period, around 180,000 first officers will be promoted to captains once the current captains retire.

You need at least a minimum of 3,000 flight hours to become a short-haul captain. Long-haul – 5,000 hours. By current EASA regulations, the total flight time in 12 months is limited to 1,000 hours. So ideally, if all would fall to these numbers, depending whether you wish to become a short or long-haul pilot, it can take you between 3 to 5 years to get into the captain’s seat. Depending on where you stand right now in terms of your pilot training, you may need to add a maximum of 3 years in training (if you have zero experience) or just a few months if you only need to get a type rating. Either way, if you start now, you would jump right into this pilot demand and promotion peak.

CAE’s source estimates that “the airline industry will need to produce at least 70 new type-rated pilots per day to meet the overall global demand.”

Where the world will need most pilots?

Having answered our first question whether the aviation industry needs more pilots, we can move further with the where they need them the most?

As mentioned before, Boeing’s Current Market Outlook estimates that over the next two decades it will experience a high growth in pilot demand of around 637,000. It is natural that different regions of the world will experience different growth rates, as the world traffic varies by market.

The Middle East and Africa will experience the lowest growth of 87,000 compared to other regions that is 4% from all regions put together. Nevertheless, it has a convenient central location that allows them to link many parts of the world with one-stop flights. This allows higher than the regions’ average growth on those routes.

The more mature markets, such as North America and Europe, will experience a higher growth as the increasing connections to the emerging new markets provides that opportunity. North America, being much larger, will experience a growth of 117,000 – 18% of the total market demand, and Europe, slightly smaller, yet having a very mature market with long aviation traditions, will grow by 106,000 thousand or 17% of the total market demand.

But the fastest growing market of all regions is Asia-Pacific. It is a geographically huge region that has one of the strongest economies, both growing and mature. As the economy is on the rise, the middle class is expanding as well, which means new routes, a growing competition and more aircraft orders. It is estimated that within twenty years it will need at least 253,000 new pilots – that makes up 40% of the total market demand!

Which of the Asia Pacific countries will create the highest demand?

With an ever-growing middle class in China, the need for aircraft comes in large numbers in order to support their economic growth. In the last 10 years the number of the middle class has tripled, and this figure is expected to double in the upcoming next 10. According to Boeings Outlook estimations, the needed fleet by 2036 will be 16,300, that accounts for 25% of the world’s fleet. So according to these numbers, China’s airlines will require 5,000 pilots per year to meet the rapid expansion – that is 100,000 pilots in the next upcoming 20 years!

Another greatly expanding country is India. As with China, its middle class and economy is on the rise. India’s ever-growing economy has produced more than 20% of passenger traffic growth per annum in its domestic market. And it is estimated that in the early 2020s it will be the third largest commercial aviation market.

Another fast growing aviation market from the Asian Pacific region is Vietnam. Its current economic state is growing, but unfortunately they currently grapple with a serious shortage of professional pilots. Vietnam has no traditions of aviation that would be similar to those in the United States or Europe; hence they use a multiple pilot sourcing solution and recruit pilots from all around the world.

So, what the Vietnamese market can offer to foreign pilots? For its small geographical region, it employs quite a big number of pilots – around 670 pilots per year. This can be seen as a great opportunity for foreign pilots looking to move to the fastest growing region.
As a result, all of these countries offer higher raises than any European or North American salaries, as they try to attract more professional pilots to fill in the seats of the growing pilot demand.

What is the best choice of aircraft?

We went through a lot of numbers counting pilots. But a pilot wouldn’t be one if he didn’t have an aircraft to fly. A crucial and big decision for a pilot is to choose his type rating.

Firstly, let us go over some numbers and facts. As per Boeing’s Outlook predictions, the world’s airlines have already placed record orders for the new aircraft: “By 2027, we expect the global commercial fleet to grow by 12,000 aircraft to roughly 37,000 aircraft.” As the average airfare declines (in +the last decade it rose to around 0.9% per year). Why? Because of the massive growth in low-cost carriers (LCC’s).

Low-cost carriers (or LCCs for short) typically use narrow-body jets (usually with around 100 to 220 seats). They are used for short to medium haul routes that last up to six hours, including overnight services. As CAE’s Airline Pilot Demand Outlook states, narrow-body jets represent 55% of the global in-service fleet and the number is expected to grow up to and over 60% in the next 10 years.

So what choice a future pilot should make? Already, one particular aircraft manufacturer stands out in the crowd with its vast orders of narrow-body jets. Airbus. This company has been winning its sales race for 5 years in a row now, beating all of its competitors. The total orders received from various carriers all over the world are 18,236, single-aisle being the most desirable, amounting to 14,157.

And all of this information you had to read through boils down to this one crucial fact – Airbus sales numbers keep growing as the most considerable demand comes from no other than the Asia-Pacific region.

It is curious whether the Airbus A320 family-aircraft will maintain its lead, but for now it stands strong among the ever-growing competition and secures its position as the world’s best-selling aircraft.

As for you? If the right decisions are made, we dare to say that the future looks quite promising. 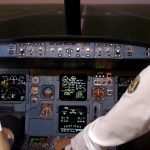 How to Get the Most out of Your Training Instructor

These cookies are necessary for the website to function and cannot be switched off in our systems. They are usually only set in response to actions made by you which amount to a request for services, such as setting your privacy preferences, logging in or filling in forms. You can set your browser to block or alert you about these cookies, but some parts of the site may not work then.

These cookies allow the provision of enhance functionality and personalization, such as videos and live chats. They may be set by us or by third party providers whose services we have added to our pages. If you do not allow these cookies, then some or all of these functionalities may not function properly.

These cookies are set through our site by our advertising partners. They may be used by those companies to build a profile of your interests and show you relevant ads on other sites. They work by uniquely identifying your browser and device. If you do not allow these cookies, you will not experience our targeted advertising across different websites.

These cookies allow us to count visits and traffic sources, so we can measure and improve the performance of our site. They help us know which pages are the most and least popular and see how visitors move around the site. All information these cookies collect is aggregated and therefore anonymous. If you do not allow these cookies, we will not know when you have visited our site.